Musings about my world as I see it

You may wonder what the science-fiction movie, Gattaca, could have in common with a baby born recently in China.
They’re both stories about prejudice against imperfect humans. In Gattaca the bias is held by society against a man who is intelligent, but who has physical deficiencies. In China, a baby’s own father has had his revulsion of his child backed-up by the legal system. 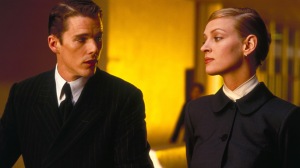 A Chinese man, Jian Feng, recently divorced his wife because she gave birth to an ugly baby. His ultimate argument is that he wouldn’t have sired a child with a woman whose DNA could potentially produce the child it did. 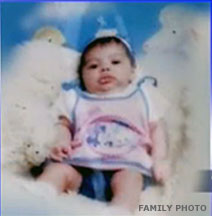 The baby in question.
‘There’s only one beautiful baby in the world, and every mother has it.’ Anon

“Our daughter was incredibly ugly, to the point where it horrified me,” Jian Feng said.

Initially he accused his wife of infidelity for the abomination that was his own child, but DNA testing proved his paternity. Eventually he sued his ex-wife because he felt she had married him under false pretenses. He thought he’d married a beauty, and he had. What he didn’t know was that she’d spent six figures on plastic surgery to achieve her beautiful look.

Before surgery, left. After surgery, right.

The judge found in the man’s favour and awarded the father $120,000 in damages.

This disturbing story has raised a multitude of questions for me.

This situation, like the one in Gattaca, leaves me feeling disappointed in people. It also makes me want to weep that a newborn baby has been judged so harshly the moment she was born.

Gattaca is a great movie, mostly because it seemed so unlikely a premise that I couldn’t be offended by the content.

“A genetically inferior man assumes the identity of a superior one in order to pursue his lifelong dream of space travel.”  http://www.imdb.com/title/tt0119177/

That’s not to say the story’s premise isn’t offensive. It is. What I loved about it was that the main character Vincent, played by Ethan Hawke, fought against his fate to improve himself. His defiance is inspiring.

An interesting parallel between Gattaca and the Chinese father is that DNA testing was used in both cases.

She collects Vincent’s DNA material from his work area for professional testing. She considers Vincent a likely partner but needs to know the quality of his DNA first. The results say she’s picked a thoroughbred. (If you want to know more, watch the movie.  I don’t want to spoil it.)

Ultimately, nobody can claim perfection. Perhaps the old adage ‘buyer-beware’ should apply in these cases. Anyway, they call it ‘falling’ in love for a good reason. Maybe we overthink these things too much. Or maybe in a country that has a one-child population control policy, parents really have to think about these things.

What do you think?

There is Light, Life & Love

Journeying to the Goddess

Journey with me as I research, rediscover and explore the Goddess in Her many aspects, forms and guises...

mercurious alchemy from the hub

Scribbling on the Computer
agentlemansmusings

An exploration into the human heart and soul, with a penchant for Domination, and an unyielding passion for the romantical nature of all things

News, views and information about life in Carnegie, Victoria, Australia